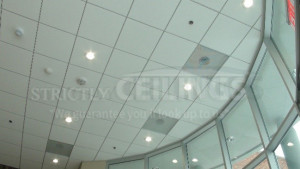 If you dislike the look of the standard width drop ceiling grid then there is an option of choosing a narrower width grid. This narrow grid is 9/16”wide. Some people call it the ½” grid.

Narrow drop ceiling grid is half the width of the standard grid. It has a more modern and contemporary look. There are a couple of disadvantages but only to the installer. The tolerances of narrow grid are tighter which translates into being less forgiving than standard grid and the tiles fit tighter as well, however the benefits outweigh the negatives of the narrow grid. 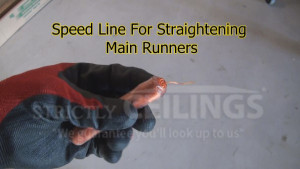 Narrow drop ceiling grid installs similarly to the standard 15/16” wide systems, however there are a couple of differences. Let’s go through some of them. 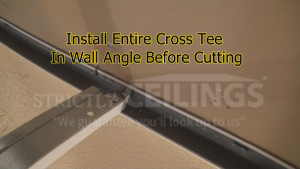 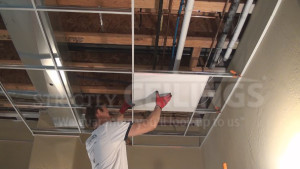 Installing the 9/16” ceiling track system require a little extra patience and time. Once completed though you will have one of the best looking drop ceilings.

There are several different profiles of the narrow grid systems. Check out the 1/8” bolt slot grid if you really want a great look!

Watch the full video to see an actual step-by-step installation of a 9/16” ceiling grid system.

Next step from here - Build a Basic Suspended Ceiling Drop